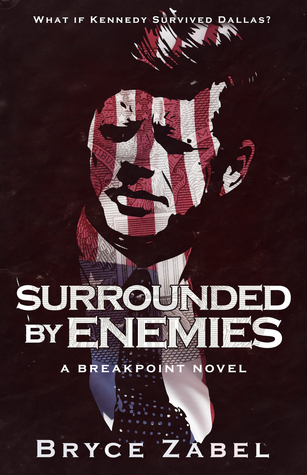 “Getting out of Dallas was the easy part.” – President John Kennedy to his brother Attorney General Robert Kennedy, March 21, 1966 What if JFK survived his assassination attempt on November 22, 1963? This is the question Bryce Zabel attempts to answer in his novel, Surrounded By Enemies. As noted on its Amazon page, “President John F. Kennedy has lived through the ambush in Dealey Plaza. America holds its collective breath, seeing… Read More

My Review: GlenfiddichSMW Single Malt 12-Year Old Scotch (@glenfiddichdistillerygiftshop) - a good whisky to begin your journey!⁠⁠
Back in December there were rumours circulating that Rogers wanted to demolish the stadium and build a new stadium in another part of the city. SkyDome is only 30 years old. It seems premature to demolish it. I have some suggestions for renovating the iconic stadium instead of tearing it down and building a new stadium in #Toronto @bluejays.⁠⠀
With Remembrance Day coming up this Wednesday, I wanted to look back at my trip to London back in 2017 and visiting Vimy Ridge in France. We took the ferry over from Dover to Calais and stayed in a nice B&B in Albert, France. From there we drove to Vimy and visited the Canadian National Vimy Memorial. Click on the link in the bio to read about my experiencing visiting the memorial site. ⁠⠀
"Dinosaurs ruled the world." - Doug Smith⁠⠀
I have hinted at a few experiences within Boston that I have enjoyed, such as my visit to the JFK Presidential Museum and the tour of Fenway Park on its 100th anniversary, so it is time to look back on my trip to Boston back in 2012. Boston is one of the oldest cities in the United States and North America, and the history of the city is what drew me to visit. Click on the link in the bio to read more about my trip to Boston. ⁠⠀
Many people enjoy building on what has been done already and tinkering around the edges. The appeal of building something from scratch is something I enjoy. This captures my interest because it is so much fun to build things up. It takes a lot of patience and dedication (maybe a mistake or two along the way) but it can be worth it. Click on the link in the bio to read more about the appeal of building something up.⁠⠀